Racism is everywhere, but it can be challenged, say speakers in party Zoom call

Imagine your son comes home to tell you that you a woman stopped him from playing on the swings with the other children. And another time, browsing in a newsagents, he is all but accused of trying to shoplift. You would be outraged, yes?

Or you are walking down the street when an altercation breaks out. Someone is being targeted with a stream of racial abuse. What would you do?

Back to your boy: he had done nothing wrong. In the newsagents, he had money clutched in his hand ready to pay. In the playground, well, he did not look the same as the other children.

But his dad, Kevin, had seen it all before. He had to explain to his 10-year-old son that yes, this was not nice, but it is what people in this country do… to black people.

Structural Racism is endemic in our society. Kevin White, one of the speakers at an online Zoom conference on 18 March, organised by Hastings & Rye Labour party, spelt out just how.

Kevin, 51, whose family were originally from Jamaica, had learned the subtle art of survival. In various settings. This otherwise big, friendly confident-looking man said his strategy had evolved into keeping a low profile – not being too assertive. And not putting forward suggestions that might, just might, fail.

“White colleagues were allowed to make mistakes. Really bad mistakes, and be given a second chance. But as a black person, anything that didn’t work would be because of who I am. So you learn not to say anything that could put you that situation. You adapt.”

This walking on eggshells ended when he got his latest job. His boss understood about ‘unconscious bias’. “It was a huge relief,” said Kevin smiling. “It was like the light had come in.”

Kevin’s experience will be familiar to many women, who in the workplace often find themselves ignored, patronised and their good ideas only adopted when mouthed by a man.

Racism, like sexism, is pretty much everywhere. If you’re white you may rarely come across it. But supposing you do? What then?

“Most people don’t intervene because they don’t know what to do and they fear they would be put at risk,” said Shamser Chohan, creative director of the social enterprise Communities Inc, pictured below.

But there is a lot people can do in a safe, low-key way. In 2016, Communities Inc launched Stand by Me, which set out some guidelines for the public and a simple plan of action: See, Support, Report. 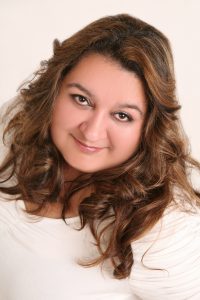 “We got our idea from the suspicious packages announcement you hear at train stations: See it, Tell it, Sorted,” said Shamser. “And it is a safe, effective way to react.”

Rather than walking away, bystanders are advised to stick around. Witness what is being said, and make a mental note of what their attacker looks like. When you can, say something to the victim like ‘Are you OK?’. Show empathy, solidarity. You’re showing you care and you are not like their abuser. Think about it: if you don’t say anything, how would they know?

“Victims say they found it hurtful when people just walked away,” said Shamser.

“Another tactic is to distract, to try to interrupt the behaviour, sometimes by directly challenging it. But whatever you do, you are moving from a situation of ‘what can I do’ to ‘I can do something’.”

Finally, report it. It may seem a small incident, but police have to take all incidents of hate crime seriously. Reporting it, to Crimestoppers or Stop Hate UK helps build up a picture of the local area and of possible perpetrators.

Stand by Me was beginning to be rolled out across the UK in 2020 when it was cut short, like so many things, by Covid-19.

But the need is certainly there.

Racism is present in the police force, as many BAME people know too well. In East Sussex, Black and Afro-Caribbean people are 12 times more likely to be stopped and searched .

This was put down to tourism, according to Police and Crime Commissioner Katy Bourne.

Dr Mursheda Chowdhury, who relayed this during the Zoom call, is a Hastings-based medical doctor, with first-hand knowledge of how racial policies have shaped our National Health Service.

Mursheda, a specialist in palliative medicine, has helped produce two pamphlets in response to the racial inequalities highlighted by the Covid-19 pandemic. She has also been prominent in urging people to take the vaccine.

“People of African, Caribbean and Asian origin have been the hardest hit by the pandemic,” she said, “which is why they need access to all available measures that protect their health to fight this terrible virus.”