No magic money tree: how your council balances the books in a time of austerity

During these times of austerity, there is far less money to provide new services and functions than there used to be. So the council’s efforts need to be focused on providing existing services better, as well as raising as much money as we can from other sources.

This is  what the council spends to cover its day-today expenses, providing services it must provide by law (statutory services), as well as additional services it chooses to provide (discretionary services).

The Hastings Council part of the Council Tax (about 16% of the total) only pays for about a sixth of council spending. 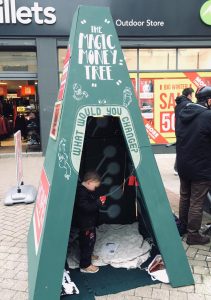 Government grants used to be the largest contributor to council income but have been cut to almost nothing.  Council Tax increases have been limited too, so much more has to be raised from local fees and charges, and other income generation.

The council cannot borrow money to pay for revenue spending and cannot end the financial year in deficit.  If it can’t balance the books, it must use money from reserves to cover the gap, cut its services, or raise more income.

The council bids to external competitive grant programmes wherever the grant can help the council to fund its priorities. These grants can only be used for a specific purpose, are time-limited, and are generally used to fund additional rather than mainstream services.

Grant sources include the EU (but not for much longer), the Government, National Lottery Fund, Arts Council, and the South East Local Strategic Partnership.

This is the money the council spends on longer-term projects – buildings or equipment that last beyond the current year. To fund this, the council is allowed to borrow money, usually from the Public Works Loan Board (which offers very low interest rates).

The council has to set its own limit for the amount it’s going to borrow during the year, but there are no restrictions on this limit. As long as the council sticks to ‘prudential rules’ (ie it can demonstrate that it can afford the loan repayments) it can borrow as much as it likes.

For some capital projects, the costs can be covered by external grants. So, undertaking capital-funded projects makes no difference to the amount of money the council has for day-to-day revenue-funded services.

For clarity, we’ve divided our commitments into four categories:

Providing services through day-to-day spendingis about how the council spends its revenue budget.  These commitments don’t cover all the council’s day-to-day services, but show some of the additional things beyond its core services that a Labour council will do.

Our pledges to you: read the full details of Labour’s manfesto commitments

As the Labour council working with our partners, we pledge to do all we can to: keep Hastings safe; provide decent, affordable housing; tackle climate change; challenge inequality and poverty; boost the local economy; and promote inclusion and diversity. Read more…

If your council had more power to achieve change, here’s what we’d like to do

Over the years, the powers available to councils to achieve real change have been taken away and centralised, reducing the council’s ability to make comprehensive improvements to local facilities and services.  Councils need real powers Read more…