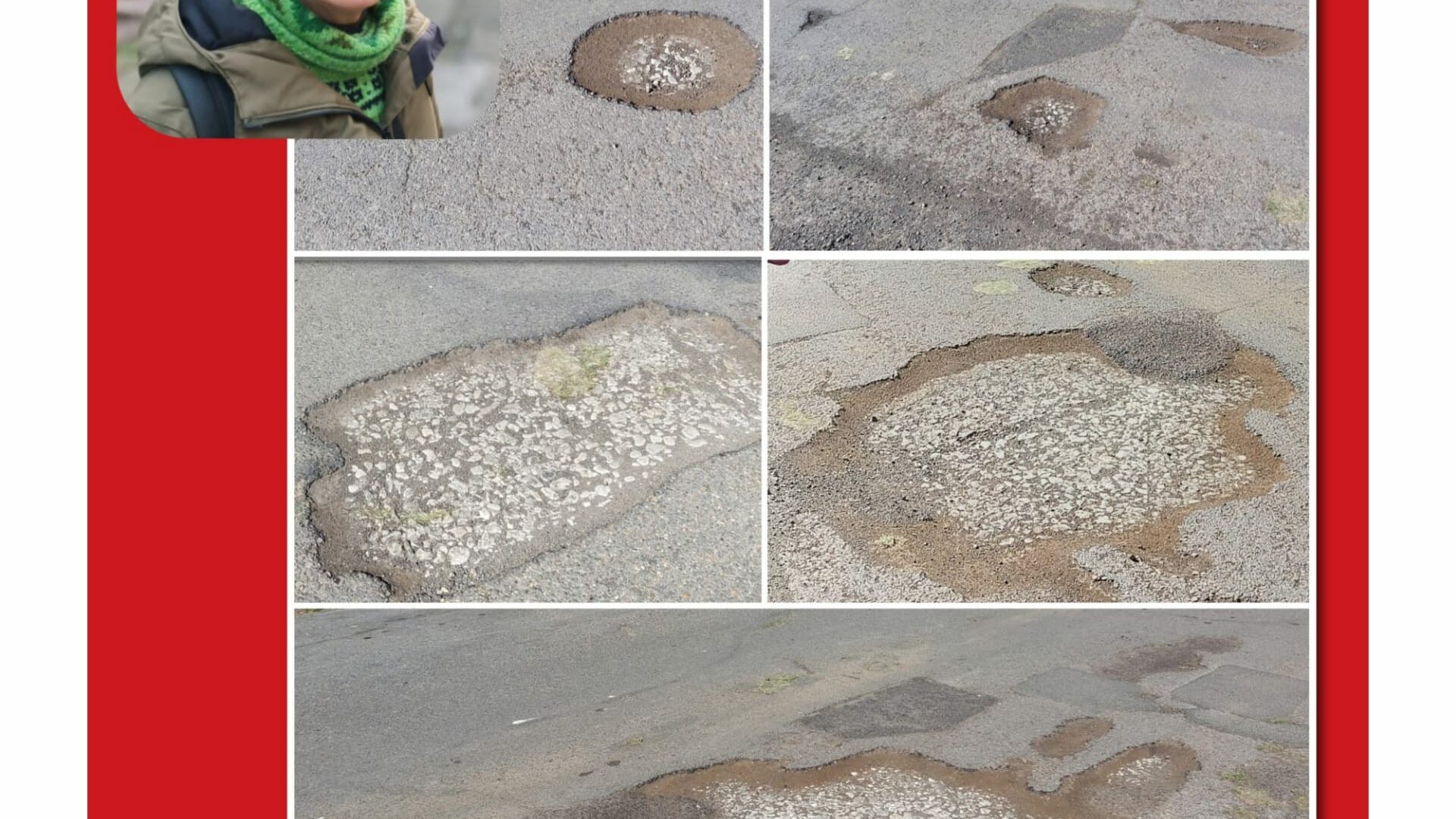 Labour Hastings Borough Councillor Ruby Cox has written an open letter to the Lead Member for Transport and the Environment at East Sussex County Council this week, highlighting the poor state of the roads in Hastings and St Leonards. You can read the full text of Ruby’s letter below:

I write to bring to your attention an issue that is of the greatest concern to residents in Hastings, where I am a Borough Councillor for Central St Leonards ward.

Whilst talking to residents, the first thing often mentioned is potholes and the state of our highways and pavements in general.  Residents are in despair at the unsightly mess our roads have become, and regard the current mechanism for reporting areas in need of repair as nothing more than a very bad joke. The suggestion that the urgency of a repair can be judged by what sized ball you can lose in the pothole in question has no relevance whatsoever when it is the entire road surface that is disintegrating.  Furthermore, when “repairs” are eventually done, they often consist of blobs of poor quality tarmac splodged into the hole where it starts to sag within a matter of days.  One retired engineer that I met on my travels explained to me that the tarmac now being used is of such poor quality that there is virtually no chance of it lasting more than a few months.

But not only do our roads and pavements look terrible, they are dangerous to drivers, cyclists and pedestrians alike, and I have been given many instances of damage to people and to property caused by the appalling state of our roads.  This is at a time when we are supposed to be encouraging active travel, yet clearly people will feel safer in their cars than dodging potholes on a bike or risking tripping up on the uneven pavements.  Potholes even discourage bus travel – one man told me that he cannot travel on the bus because the violent jolting caused by driving over potholes exacerbates his back problems.

And apart from the points already made above, the shoddy appearance of our roads surely makes it harder for residents to take a pride in their neighbourhoods, resulting in low morale, a feeling of abandonment and alienation and increased anti-social behaviour.

I understand that the current Highways contract will shortly be up for renewal.  I am therefore asking you please to ensure that whoever the contract is awarded to, it is more robust, holding the contractors to higher standards and with greater scope for ESCC  to swiftly identify and correct shoddy workmanship. The public deserve far, far better and I hope you will be instrumental in delivering this for the people of Hastings and beyond.