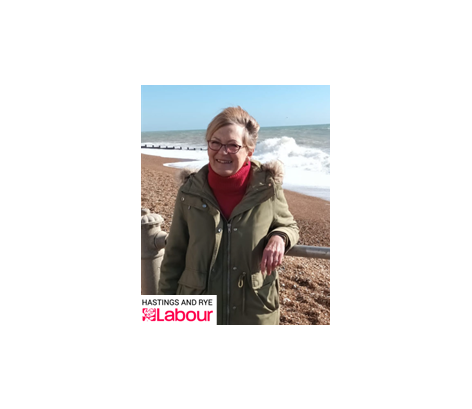 Watch the video of the Full Council discussion that led to the passing of the motion in support of UBI.

Your Labour councillors voted for this motion aimed at looking into new ways to address the cost of living crisis, with all Conservative councillors present voting against.

The motion passed by Hastings Borough Council in July read as follows:

“Universal Basic Income (UBI) is a regular, non-means tested sum paid by the state to cover the basic cost of living. It’s paid to all citizens individually, regardless of employment status, wealth or income. Due to the Covid crisis, which has plunged more and more people into poverty, and shown up the ever-widening gap between rich and poor in the UK, the concept has been more widely debated in recent months than ever before. It would replace the labyrinth of meanstested benefits of which £10 billion remains unclaimed each year.

Motions supporting UBI pilots have now been passed by 13 local authorities, including Liverpool, Sheffield, Brighton and Lewes – the majority with cross-party support.

UBI is the fairest, most effective way to mitigate the effects of coronavirus on people’s incomes and to start to repair the terrible damage done to society during the pandemic.

A network of UBI Labs has been set up which work with local authorities across the UK to develop UBI proposals to address problems such as poverty, inequality, discrimination and environmental damage – all issues that have a profound effect on the people of Hastings. We need to join them and show our support.

Universal Credit is a punitive system based on bullying people to spend 35 hours a week looking for jobs that don’t exist, and the five week wait (which is supposed to emulate waiting for your first pay cheque) guarantees that individuals are already in debt before they get their first payment, which is insufficient to live on. It is a recipe for disaster, despair and the destruction of people’s lives.

Being part of the movement to introduce UBI is surely one way we can show our support for the people of Hastings and our commitment to improving their quality of life with guaranteed income security.

• the current benefit system is failing citizens, with Universal Credit causing hardship to many communities in Hastings

• we need to test UBI, as it has the potential to address key challenges such as inequality, poverty, precarious employment, and loss of community through:

i) Giving employers a more flexible workforce whilst giving employees greater freedom to change their job and reject bad work;

ii) Valuing unpaid work, such as caring for family members and voluntary work;

iii) Removing the negative impacts of benefit sanctions and conditionality;

v) Enabling greater opportunities for people to work in community and cultural activities or to train or re-skill in areas that will be needed to transition to a low- carbon economy.

• the success of a UBI pilot should not be measured only by its impact on the take up of paid work, but also the impact upon communities and what the people within them do with their lives, how they feel, and how they relate to others and the environment around them;

• given its history of innovation, creativity, resilience and community spirit, Hastings is ideally placed to pilot a UBI This council therefore resolves to:

1. work with the UBI Lab Network to explore ways to promote and expand the concept of UBI with particular reference to Hastings, and campaign for UBI trials to be held in this country in the near future.

2. send a copy of this Motion to the Secretary of State for Work and Pensions, the Chancellor, the leader of the party in government, their counterparts in all opposition political parties in Parliament, and to our local MP.”